It hurt, but the record is mine. I rolled across the Kosovo-Macedonia border in the early hours of Saturday morning, bringing up my 17th country of the week. Now, I have some time to reflect on an incredible seven days of cycling.

But stats aside, how did I do it? All of the days have seemingly blurred into one, but here is my attempt at explaining my seven days of pain. 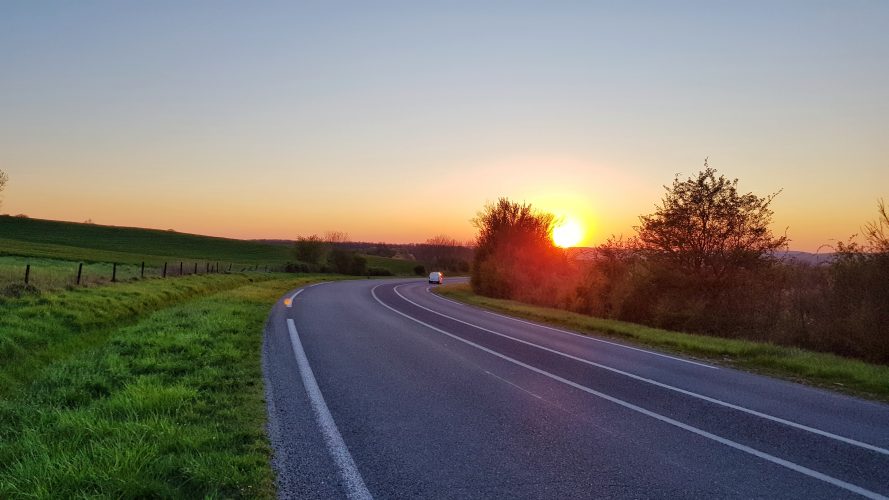 It all kicked off at 07:00 on the border between the Netherlands and Belgium. After tapering for a week, my legs felt unbeatable. First up, was a tasty 500-metre climb, followed by a day of rolling hills, rail trails and river-path cycling.

I slept out in a field, which turned out to be a mistake. I awoke freezing, with ice on my bike and dew soaking my sleeping bag. This was my longest and worst sleep (6.5 hours). From this point on, I got into a good routine with hotels, so just carried my sleeping bag as a backup. 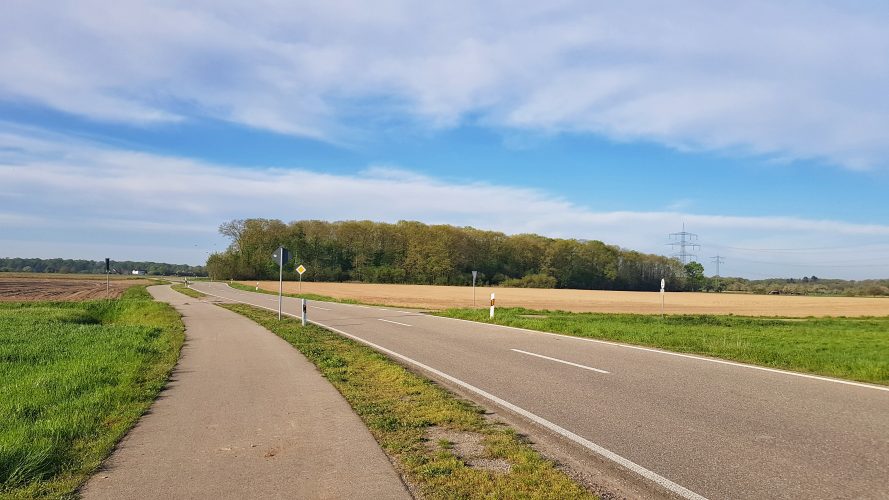 Getting cycling whilst shivering and hungry is unpleasant. It took me 90 minutes to find food. Not surprising, considering this was Easter Sunday. Although a relatively flat day, a maze of cycle paths and a frustrating headwind slowed my progress.

After a good start the day before, I lost distance on a day that should have been one of the easiest. Having said that, the previous day was my furthest-ever distance and this was the first time I had cycled 300km on back-to-back days. Today was still a moral victory. 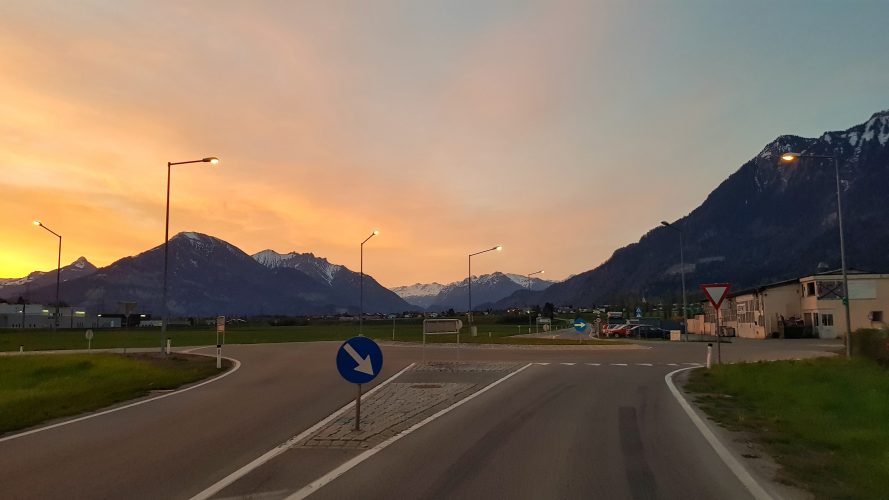 This was my huge Alpine day, with three big passes in a 250km-long section, taking me into Italy and then back into Austria

It was today that I began to realise that my legs had it in them, but my stomach may not. I began to make even more of an effort to eat as much and as regularly as possible, but Easter Monday made this a challenge. 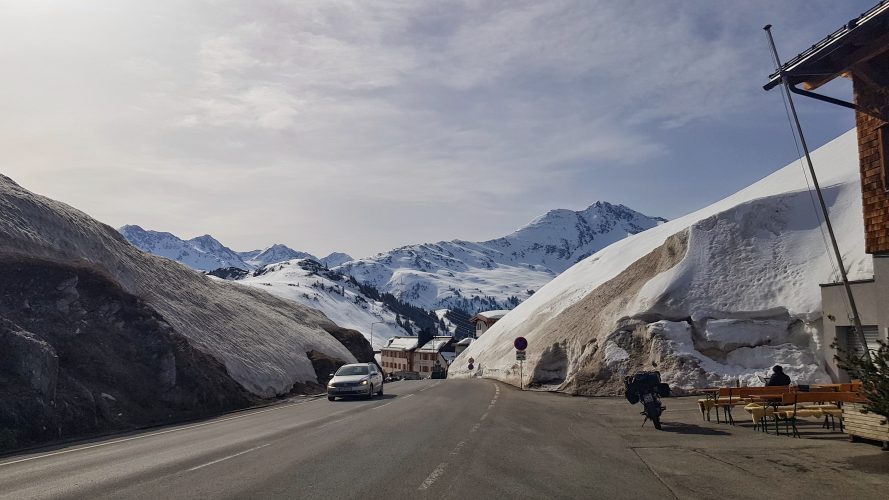 I tackled the first pass for breakfast, the second for dinner, and then the third as a midnight snack. Seeing my opportunity to break the back of the climbing and with rain looming, I pushed on for a huge day, cycling until 01:00. 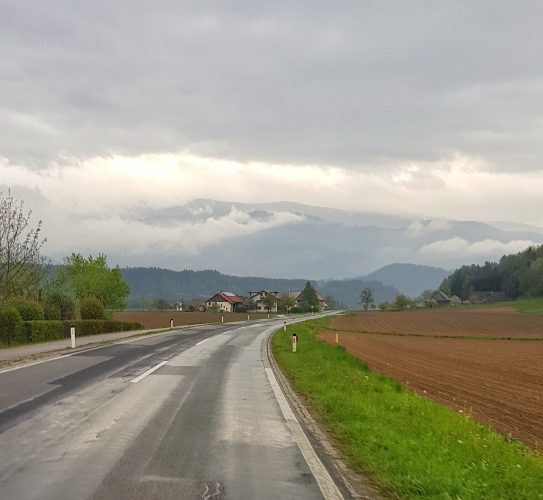 I awoke feeling the massive calorific deficit from the previous day, after a record 16 hours in the saddle. I tried to correct this with sugar, which was a huge mistake and made for a painful day that was already unpleasant due to persistent rain.

I struggled to the Slovenian border by late afternoon and began to push on, only for the heavens to open as darkness descended. I spent four hours cycling in the wet and dark – the toughest part of my whole ride.

I survived on snacks, not wanting to stop for fear of getting cold. Unfortunately, everywhere was closed when I finally arrived at my hotel and I had to eat petrol station snacks. This was another lesson in how not to fuel your body for ultra-endurance cycling. 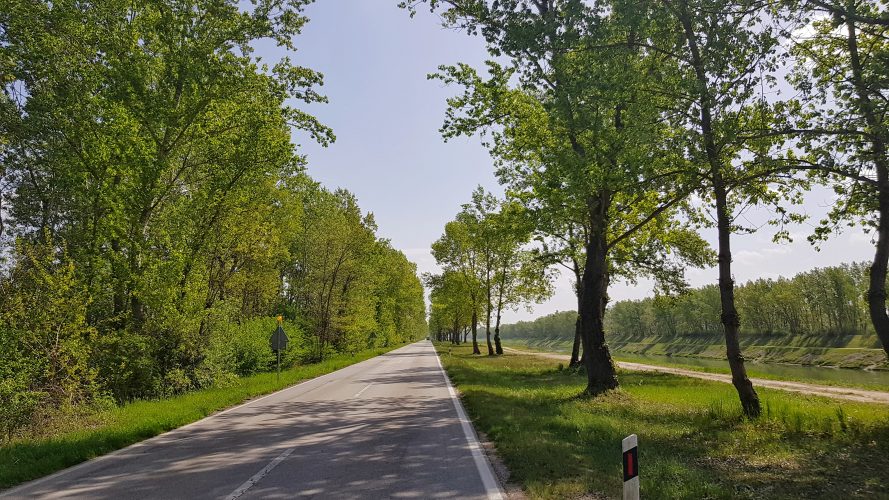 Leaving the foothills of the Alps behind heralded the arrival of a 400km-long flat stretch. I made fast progress, with the headwind of previous days having died down.

Unfortunately, a morning with my body low down on the aero bars aggravated my shoulders and neck, which I had hurt by overdoing it on a recent training ride. My pace slowed dramatically, but I pushed on regardless. A couple of off-road detours also kept life interesting, testing my already overworked knees.

I finished the day just over the Bosnian border, totally shattered. By this point, the long days meant I was sleeping around four hours a night and consuming most of my calories whilst still riding. 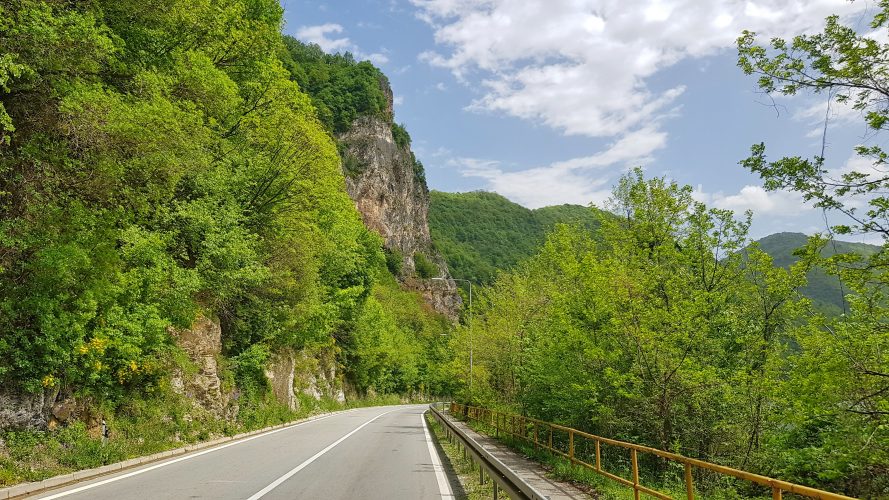 My day began by cutting across some small undulations towards the Serbian border. Riding on rolling terrain is usually not a problem, but these small climbs were all 8-10%, testing me every time.

Once in Serbia, I began to follow a river gorge, soft pedalling now to give my legs some recovery whilst still moving. Again, my shoulders and neck were very sore, preventing me from using my aerobars, or even my drops. I should have been averaging 25kmph, but was barely doing 22kmph.

In the evening, I finally left the river gorge and began the first of a succession of climbs that would continue until I finished. A beautiful sunset climb up to the Montenegrin border started this off. 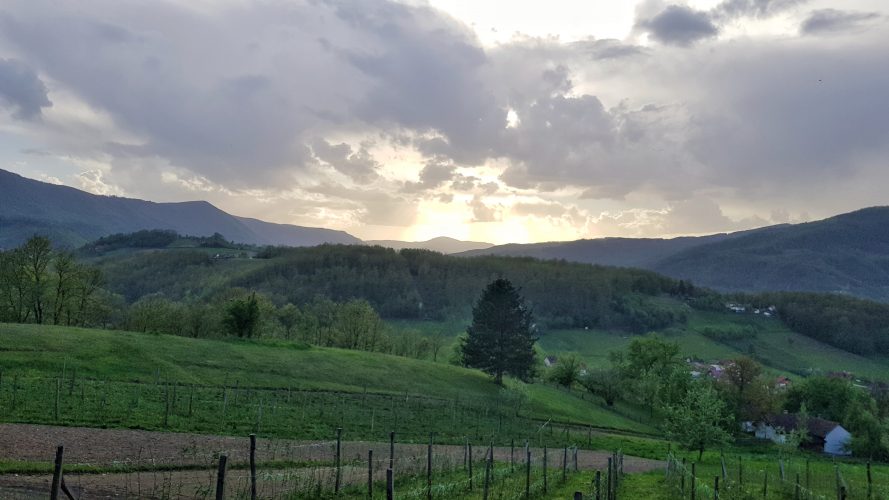 The return to climbing helped my shoulders by getting me out of the saddle, but it increased the strain on my knees as a result. Managing both was becoming difficult.

More night riding followed and I again pushed on late, finishing at around 01:00. 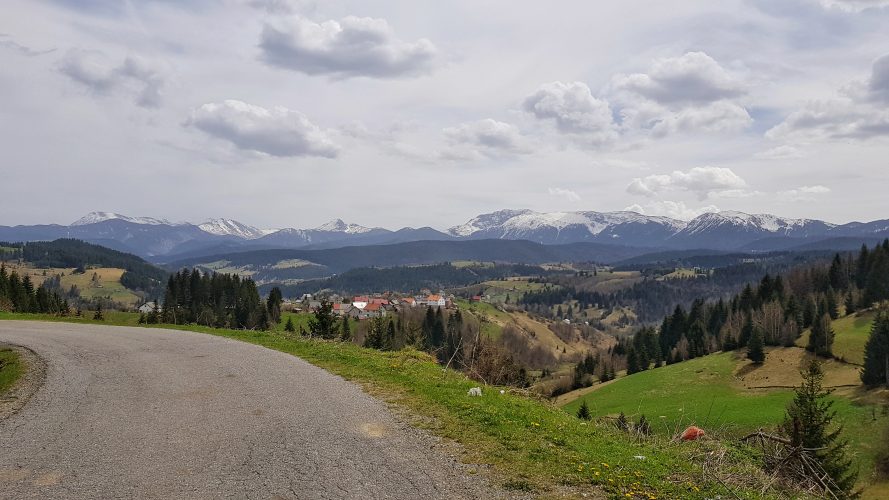 By this point, I knew I was going to make it. My muscles were still feeling pretty good, although I had burned an alarming amount of body fat in such a short time.

It was my knees and shoulders that were incredibly sore. Painkillers and stretches took the edge off, but I had slowed down significantly.

First up, were a pair of passes – 1,400m and 1,800m. They were beautiful climbs but took me until late afternoon to complete. It was a race against the sun to make it to the Albania – country number 16 and one more than the current record – before dark. 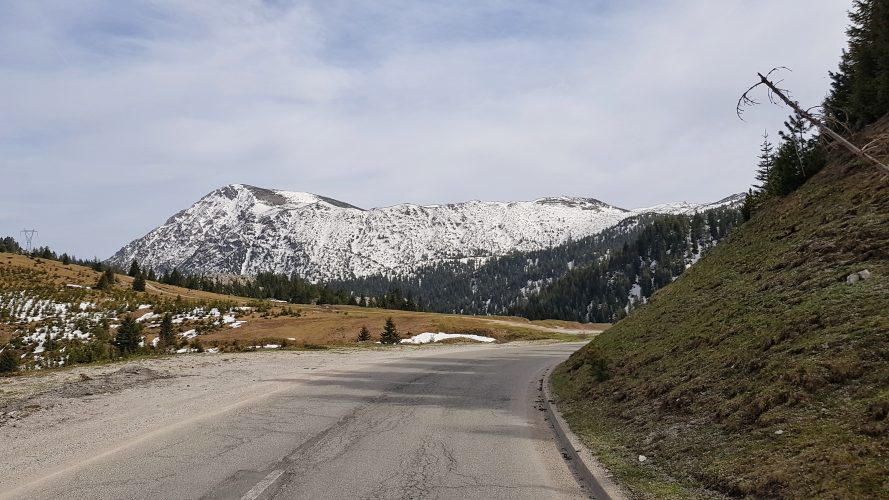 I lost the race but made it to Albania just after 20:00. The record was broken, but my target was country number 17, Macedonia, still 120km away. However, I had 11 hours left and only one more pass to tackle. It was doable.

Already riding a caffeine, sugar and ibuprofen wave, I began my long, dark journey across Kosovo and towards Macedonia. The roads were uneven and narrow, meaning I had to concentrate intently. It was very slow going and several refuelling/recovery stops were needed.

Eventually, with my knees giving out and tiredness engulfing me, I crossed into Macedonia at 04:20, with a couple of hours to spare. I still had to drag myself to my hotel in Skopje. And, as the sky began to lighten, I realised I had ridden all through the night – more than 18 hours in the saddle. It was a suitably epic end to what had been a pretty epic week. 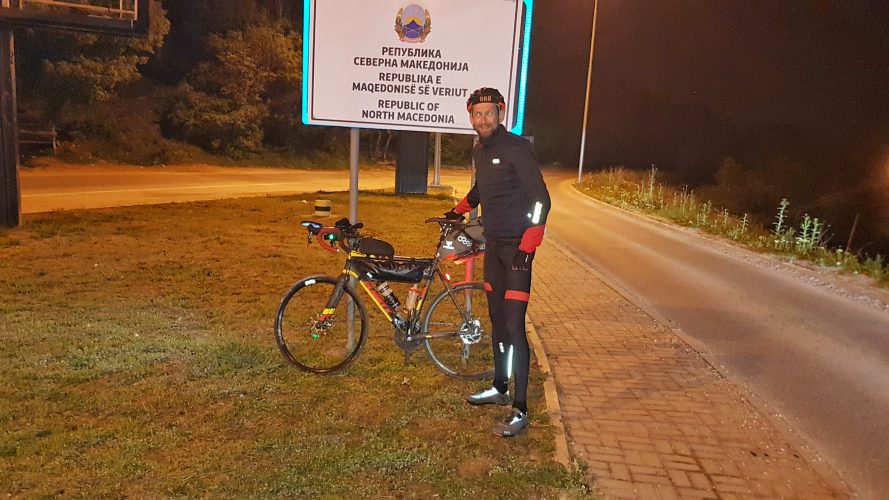 *Kosovo, unfortunately, doesn’t count as one of my countries because its independence is not universally recognised